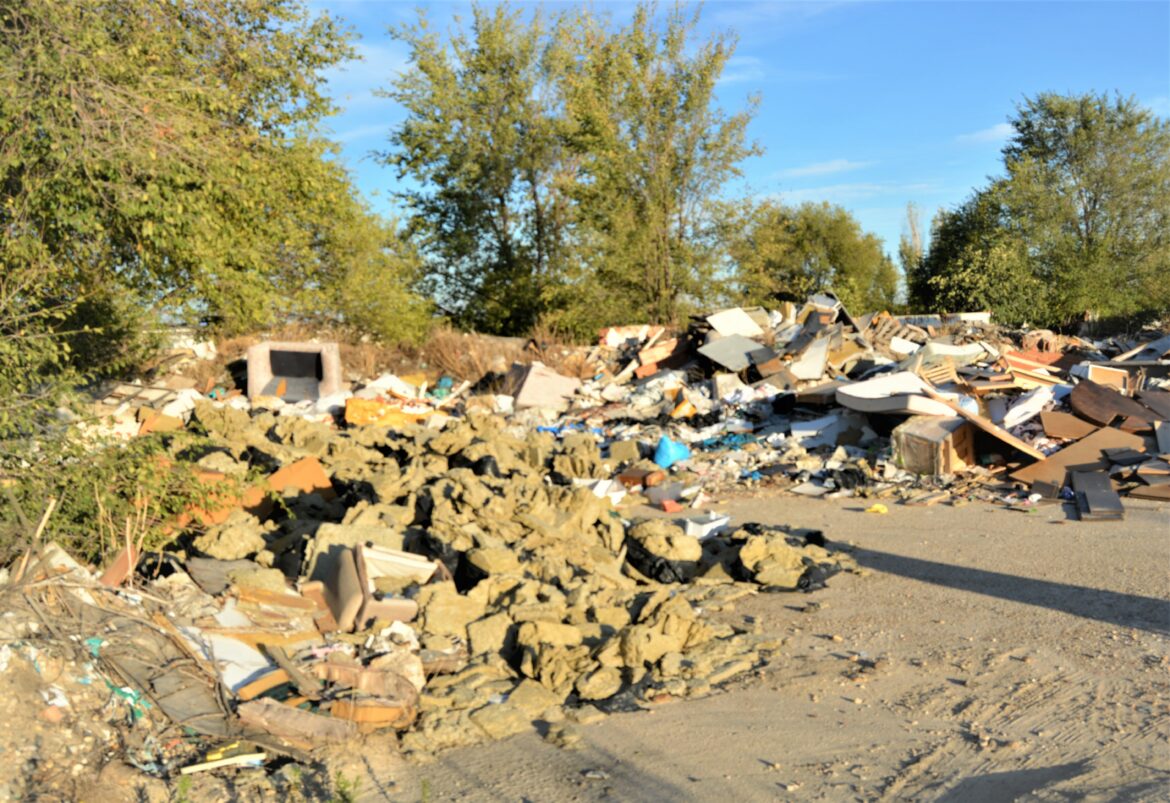 70 000 or 90 000 annual work-related deaths in Europe – not including the growing number of cancers by exposure in homes, schools, hospitals, and offices – puts the EU-lawmakers under pressure. Trade unions and the European Parliament have taken an initiative that could disrupt the normal ways in which laws are made in the EU.

Normally and procedurally, it’s up to the Commission, EU’s administration, and daily government, to put forward proposals. Then the Parliament and member states government in the Council discuss, amend, and eventually decide EU-laws.

But in October 2021 an unusually broad majority in the European Parliament called for a strategy to once and for all start putting an end to the deadly threats to workers, and to citizens in general. The report, tabled by left wing Danish MEP Nikolaj Villumsen, was supported by four other major party groups besides the Left group.

With 675 members in favour, two against and 23 abstentions, the Parliament asked for a broad asbestos strategy under different headings. These headings include a framework directive binding members to act, new occupational exposure limits (OEL) for workers 100 times lower than the present OEL, a compulsory register of buildings where asbestos is present and a pan-EU recognition and compensation scheme for asbestos victims.

At that time the Commission had already initiated a revision of the legal text on occupational health rules, the 2009 Asbestos at Work Directive. The aim was to lower the present limit of 0,1 fibres per cm3 air. But following the initiative from the Parliament, the Commission chose to take a broader approach which would go further than covering the specific directive for workers.

In September 2022 the Commission tabled a package called “Towards an asbestos-free future”. This suggested, at first view, that both the Parliament and Commission shared the view that concerted action is required. A more thorough examination, however, shows there are major differences between the two institutions.

The Commission did address many different aspects, such as the revision of guidelines for waste management and an intent to later propose screening and registration of asbestos in buildings, which the Parliament had demanded.

However, the Commission has so far only proposed new changes to the OEL, proposing a limit of 0,01 fibres per cm3. This would be ten times lower than the present limit – but ten times higher than demanded by the Parliament.

Also, this proposed new limit is equivalent to, or higher than, existing limits in member countries France, Germany, Denmark, and the Netherlands. The Dutch limit has been 0,002 fibres/cm3, for seven years.

Commenting on the proposed lower level of the exposure limit, Tony Musu at the European Trade Union Institute (ETUI) in Brussels said:

“This legislative proposal is disappointing on two counts, not only is the proposed OEL reduction insufficient to effectively protect the health of exposed workers, but the optical microscopy technique recommended for measuring it is archaic”. In order to implement lower exposure limits, electron microscopy is needed to detect fibres. However, the lobbying group, the European Construction Industry Federation (FIEC), objected to this change earlier this year, saying:

“Very specific tools and expertise would be required (mostly using electron microscopic methods). This is particularly costly and challenging for SMEs”.

The Commission did not at the time bring forward any other legislative proposals to meet the other demands made by the European Parliament. These included compulsory building registers detailing the location of asbestos, a binding framework directive for member states, and compulsory training and certification of construction workers.

BAT, the Danish trade union federation for construction workers, has called the Commission’s package a missed opportunity to make a difference.

Along the same line, Henrik W. Petersen, from the Danish Plumbers and Pipefitters union (Blik & Rør), together with MEP Nikolaj Villumsen, expressed disappointment with the Commission for not suggesting that inspectors collecting asbestos samples should be authorised, not demanding a register of buildings containing asbestos and not proposing all those working with asbestos removal should be trained and certified.

With this context taken into account, the demand for an extensive asbestos strategy pushed for by the European Federation of Building and Woodworkers seems to face an uphill battle. This gives member states government in the Council a key role, where positions are not yet fully known.

Normally, EU legislative proposals, tabled by the Commission often give interest groups from industry, finance, and other power houses an important say at an early stage, by convincing the Commission what to do, and how to do it. In the asbestos case it has been Parliament which has tried to set the agenda by pushing its own suggestions for legal changes.

Representatives for asbestos mining companies, or others not keen on further regulation of the sector seem to be keeping a low profile. The European Construction Industry Federation (FIEC), which represents construction enterprises, has however been involved.

FIEC responded to a consultation by the Commission in spring 2022, warning that lowering exposure limits to asbestos further would increase costs and bureaucratic red tape. FIEC said that this would damage both small enterprises and home-owners and jeopardise a move towards much-needed renovations.

FIEC based its arguments on an environmental study, written by consultancy companies RPA (Risk & Policy Analysts) and COWI. The study was requested by the Commission. Citing the study, FIEC said the actual annual number of casualties due to asbestos is 22, not the estimated 90 000 deaths claimed by health experts.

Christine Le Forestier, director of social affairs at (FIEC) explains in an email to Investigative Reporting Denmark how the organisation arrived at the very low number:

“As FIEC, we have not made any calculations ourselves. But we pointed this out in our latest reply to the European Commission consultation, as you saw it. It might be a mistake in the document, though, but the Commission did not react to our statement.”

The Commission for its part read the study differently, claiming 70 000 deaths per year as a relevant number.

Asked to explain how the same consultancy report can result in such extremely different death estimates, Commission officials declined to comment. For background we were told the death rate of 22, (found at page 190 in the 338 pages long study), should be understood as an estimated future number of cancers based on existing exposure limits for workers, not considering the 30 years of average timespan between cancer and exposure to asbestos. This exposure, to a substantial extent, would have occurred before 2009, when the present level of asbestos fibres was set. Thus, the reasoning would go, any further action would be unnecessary and costly.

Now the governments of member states hold the key to what the EU should do. There are member states and regions who have adopted asbestos strategies of some kind, ranging from Poland, to the Flanders region of Belgium, with some focus on the asbestos issue in the Netherlands and Italy. But these strategies are to a large extent paper decisions, which bear little or no connection to what is actually happening.

In Poland, seen as a frontrunner on asbestos policies, an asbestos removal programme started in 2003. So far 17,3 percent of inventoried asbestos material has been removed. Taken the incomplete database in account, the Supreme Audit Office estimated it would take around 198 years to fully remove asbestos.

Daniela Szymańska, Professor of Social and Economic Geography and Spatial Management at Nicolaus Copernicus University in Toruń, commented on that, saying: “I wouldn’t be that optimistic.”

In Italy a removal programme is believed to take between 60 and 100 years to complete. With only 18 disposal landfills in eight regions, Italy is facing an emergency for asbestos waste. This has led to asbestos waste being exported to Germany – and illegal waste trafficking to Albania.

In short, the national track records for member states do not suggest that asbestos management and removal will happen any time soon. On the other hand, there’s now more EU funding available for energy saving renovations than ever.

The Recovery and Resilience Facility aimed at kick starting the economy after Covid-19 lockdowns offers close to 724 billion euros in grants and loans to member states. The grants are to a large extent tailored to fund investment in climate related initiatives. This includes another EU initiative called the Renovation Wave Strategy, with the declared aim of renovating 35 million buildings and at the same time creating 160 000 new “green” jobs before 2030.

The new EU funding stream could therefore be seen as an incentive for governments to act and at the same time weaken traditional nation state skepticisms towards what are often seen as costly and burdensome EU regulations.

Should the law-making Council still be in doubt of whether to act or not, they can find inspiration by looking at the Brussels EU headquarters building. The iconic Berlaymont building, sited opposite the Council’s Justus Lipsius building, underwent lengthy asbestos renovation between 1990 and 2003. Including some serious issues around costs, contracts and responsibilities, the renovation of the Commission’s head office ended up costing €824 million. However, it did secure an asbestos free workplace for some 3 000 EU-officials.

The costs for securing an asbestos-free future all over the EU for workers, teachers, pupils,  healthcare workers and patients, let alone the general public has not been estimated. Nor has the cost of treating tens of thousands of patients each year for cancer across Europe – a cost that does not include human suffering.

The cross-border investigation, Asbestos: The Lethal Legacy, is led by Investigative Reporting Denmark, edited by Katharine Quarmby, and made in collaboration with journalists from Knack in Belgium, Tygodnik Powszechny and Reporters’ Foundation in Poland, Ostro in Croatia and Slovenia, IRPI in Italy, De Groene Amsterdammer in The Netherlands, Grupo Merca2 in Spain, Al Jazeera English in the UK and TV2 Nord in Denmark. The investigation is supported by Journalismfund.eu.