Three people have died in Denmark due to infection from drug-resistant bacteria from pigs. None of the deceased themselves had been in contact with the animals.

Data on the three deaths emerged in testimony given in the City Court of Aarhus, Denmark, on Tuesday. 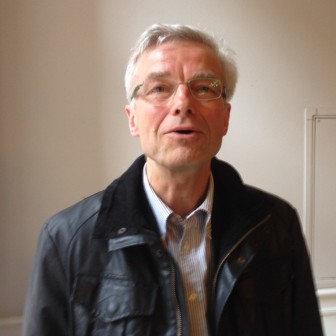 MRSA398 is not loger primarily spread by pigs. It has gone out in the society, tells professor Hans Jørgen Kolmos.

Hans Jørn Kolmos, professor of microbiology and chief physician at Odense University Hospital, testified about a death last December at his own hospital.

“I have since learned of two other deaths, which authorities have not published,” Kolmos said in court.

“The problem is just as great as we feared it would be when we got the first knowledge of multi-resistant bacteria from swine in Denmark,” he added. “A growing number of those now infected are not the pig farmers or people working at the farms.”

Kolmos was called as a defense witness in the prosecution of the two journalists, Kjeld Hansen and Nils Mulvad.

The two published the names of 12 infected pig farms four years ago. They were then reported to the police and accused of having passed health data — a violation of the Personal Data Act. Tyge Trier, the journalists’ defense attorney, said that the published data was not about people, but companies that have a duty to inform their employees about the presence of the multi-resistant bacteria, MRSA.

“There is public interest in openness about a growing health hazard,” Trier said.

Prof. Kolmos’ testimony added an unexpected and dramatic illustration of the claims by Trier.

The three deaths Kolmos described had not been widely known.

“The authorities have not acted as they should, when we got the first case of infection by resistant bacteria from pigs in 2008,” Kolmos told the court. “What we see now is that the spread increases in local communities in the country, especially in areas with many swine industries.”

Following his testimony, Kolmos said the dangers at hand are being compounded, as it now turns out that the resistant bacteria is spreading to people – or to their families — who do not work on farms or slaughterhouses.

“It is mainly already physically weak persons exposed,” Kolmos said. “The most serious form of MRSA infestation is blood poisoning, but also pneumonia, and superficial wounds can be dangerous, if the bacteria enters the bloodstream.”

Prosecutor stressed the data could be linked to infected persons

The prosecutor, Mette Glavig, stressed that the case against the journalists did not apply to publication about MRSA, but that the data could be linked to infected persons.

Glavig called as a witness a former pig farmer, who testified about his discomfort for being described as infected, although his name was not explicitly mentioned.

The witness, Jens Skov Rasmussen, said he had been visited by school classes at his farm. And that he never wanted to expose them to the danger of becoming infected.

“It would have been relevant to know if we were infected,” he said. But he was unhappy with the name of the farm being mentioned on a website. And he didn’t think the information on those infected was anonymized enough, which also was the claim by the prosecutor.

Prosecutor going for a small fine

The penalty for breaching Denmark’s Data Protection Act is imprisonment of up to six months, but the prosecutor on Tuesday asked for 10 or 20 day-fines of 500 DKK ($93) for the two journalists.

Defense attorney Trier said in his closing statement that the law refers only to protection in purely private circumstances, and is not intended to protect businesses with turnovers of millions of dollars.

He claimed that the publication had been justified, and that suppressing the press and freedom of expression requires very strong considerations.

“The people’s interest in being informed about hazardous bacteria in stables is quite strong,” he said.

The conclusion on the case is due to be announced on May 22.

This story appeared originally in the Göteborgs-Posten of May 6, 2014, the second largest subscribed daily newspaper in Sweden. The author Staffan Dahllöf has kindly permitted us to reprint it here.

One thought on “Three deaths of hospital bacteria spread by pigs”