EU attempts to regulate against antimicrobial resistance are opposed by the US in the TTIP-negotiations. American and interests and ”stakeholders” threaten proposed EU-legislation 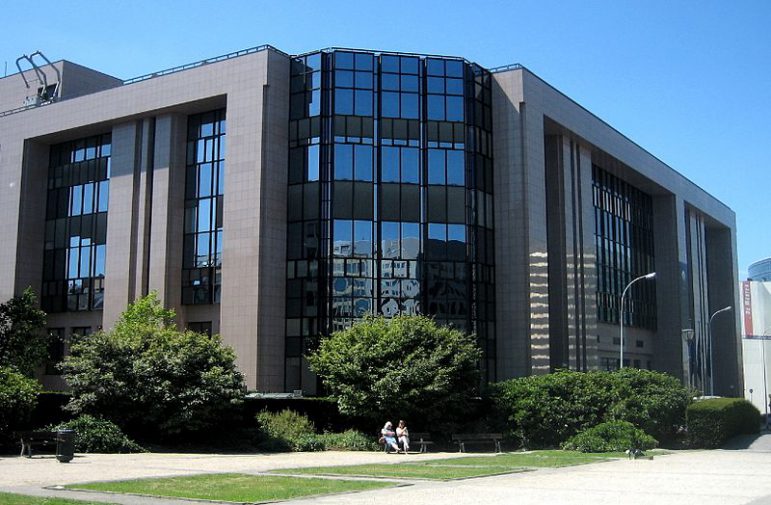 The EU wants to reduce farmer’s use of antibiotics in animal feed.

The US does not want any such measures written into a TTIP- agreement.

»That’s how we understand it, although we haven’t been told right out and we haven’t got access to any negotiating texts to prove it,« says Zoltán Massay-Kosubek from European Public Health Alliance (EPHA), an umbrella organisation for health related interest groups in Brussels.

EPHA takes regularly part in TTIP Advisory Group, a forum set up by the Commission to promote the understanding of TTIP among interest groups.

The EU Council of ministers now confirms suspicions of EPHA and others that USA blocks measures against the excess use of antibiotics.

The Council has rejected a request for documents concerning two pieces of EU-legislation now negotiated by member states governments; a proposed regulation on veterinary medicine and a regulation on medicine added to animal feed.

The Council argues against a disclosure of the documents by saying:

”On the issues of the limitations to the use of antimicrobials, and notably the ban on preventive use or use to enhance the performance of food-producing animals – which is a crucial issue both for the proposed Regulations and for the TTIP negotiations – there are largely differing policy views between the EU and its major trading partners.”

The request is therefore turned down because a ”disclosure of Member State’s comments to the Council’s position (on the two legislative proposals ) may undermine the position of the EU in on-going international negotiations vis–à–vis its counterparts.”

Both leaked and officially published documents confirm that the issue of antimicrobial resistance has been negotiated in three negotiation rounds, the latest one in New York in the start of October.

Nothing has been reported about the outcome.

The Commission tabled a proposal last year to the chapter on food safety, animal welfare and plant diseases, known be negotiators as SPS (Sanitary and Phytosanitary Issues).

The Commission has later proposed that the threat from antimicrobial resistance should also be addressed in the TTIP-chapter on medical products.

The US-position has not been known until now. Nor has anything been disclosed about the on-going talks.

»We know the issue has been on the agenda, but have no further information,« says Jürgen Knirsch, trade policy adviser with Greenpeace Europe.

An American rejection of regulating the use of antibiotics in TTIP could mean that forthcoming EU-legislation will be regarded as technical barriers of trade.

»Technical barrier is as an accusation used to an extreme extent in TTIP. Even maternity leave by law is regarded as a technical barrier because it increases the costs for business. Now, as the UN stresses the threat from antimicrobial resistance, it would be totally schizophrenic should the EU and US refrain from writing it into a TTIP-agreement,« says Zoltán Massay-Kosubek from the health organisation EPHA.

The American resistance against regulation is now used by a majority in the Council as a pretext for not disclosing arguments for and against the proposed EU-legislation.

Four member states disagree to that; Denmark, Sweden, Finland and Slovenia voted in favour of disclosing the requested documents. The four countries state in a written declaration that they can’t find any grounds not to grant access and thus transparency should prevail.

To other member states Hungary and the Netherlands choose not to take part in the Council decision.

It is also made clear by the Council that member countries are under heavy pressure from various lobbyists:

”Disclosure of the Member States’ positions at a moment when legislators are seeking to find the appropriate balance of the various interests involved would expose the Members of the Council to undue pressures by stakeholders directly affected by the legislative measures under discussion.«

The European Court of Justice has stated in a decision 2013 (the Access-Info case) that the public has a right to know what arguments different member states refer to when adopting new laws – before the final decisions are taken and proposals still can be amended.

This is irrelevant the Council majority now claims.

There is so much at stake in the case of antibiotic resistance that transparency could de-rail the whole process, the Council majority explains:

”(…) there is a real risk that the decision-making process be adversely affected through pressure from stakeholders who for economic reasons are strongly opposed to a number of measures currently under consideration in the Council and its preparatory bodies.”

Member states are thus not believed to be able to coop with that pressure, should the public get to know their different positions.