Competition commissioner Margrethe Vestager says the Parliament ought to disclose the working conditions and salaries for assistants hired by MEPs, as she comments on an on-going transparency case. 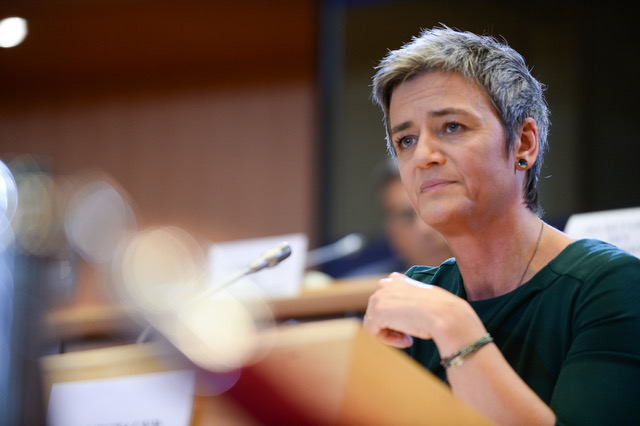 Hearing of Margrethe Vestager, Member designate of the EC in charge of Competition

In the case brought to the European Court of Justice in 2015, 29 journalists have challenged the European Parliaments refusal to disclose reimbursements paid to its 751 elected members.

The Parliament’s administration, backed by its legal service, claims a disclosure of how the money is used would infringe the MEP’s privacy.  The journalists argue that elected politicians’ use of taxpayer’s money cannot be shielded behind privacy rules.

On top of salaries, reimbursements for travel costs, and daily allowances for attending meetings, each MEP receives up to 21 379 euros for hiring staff, and 4 320 euro in ”general allowances” per month.

Each MEPs thus disposes over all in all some 36 000 euros on a monthly basis.

When asked if she believes the Parliament can stand up to this position of rejecting access, Margrethe Vestager said:

»Well, my first reaction is… this is a very large amount, also used to remunerate co-workers. There is a public interest in showing that this is done in a proper and transparent way when it comes to working conditions. This is something that interests parliaments all over Europe.«

»That doesn’t necessary mean all invoices and receipts should be put in big boxes for all journalists to scan at the end of the year. But I would say there is reason to expect transparency from the Parliament when it comes to how many people are employed, what are the thoughts of their salaries, what are their pension conditions, their working hours, and so on,« commissioner Vestager added.

The Parliament has throughout the years backed transparency in the EU institutions. This includes a rejection of a revision of the existing rules of access to documents proposed by the Commission back in 2008.  The proposal has been put in the freezer since 2012 due to resistance from the Parliament.

When it comes to transparency on its own activities and conditions the Parliament has shown a lesser interest to open up.

The Court has now received written comments from the two sides and will in a next step decide whether there will be a public hearing in Luxembourg or if the case will be settled by a written procedure only.

No timeframe is announced for the Court’s decision.

STAFFAN DAHLLÖF is a Swedish freelance journalist based in Copenhagen. He is one of the participants in the MEPs Project

One thought on “EU-commissioner says MEPs should open up”