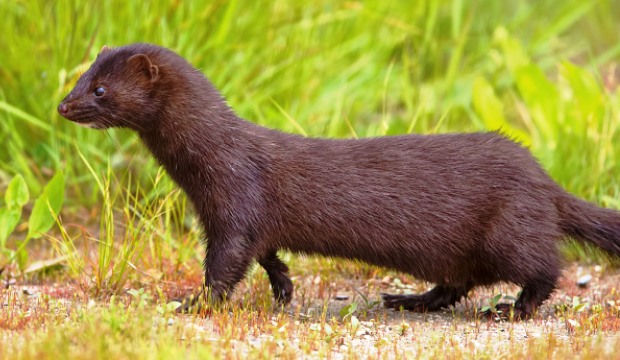 The spread of MRSA in Danish mink can be related to the use of offal from slaughterhouses as mink fodder. The waste contains lungs and intestines which is carriers of MRSA in pigs.

When nouveau riche millionaires in Hong Kong, Shanghai and Beijing shop for fashionable fur, there is a hidden item on the bill for the beautiful Danish mink coats. 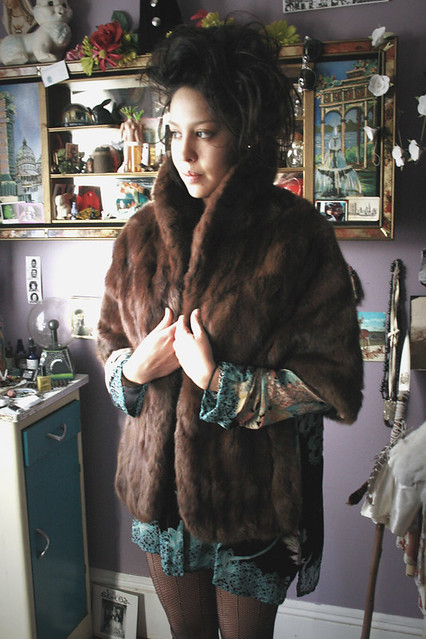 See photos of fasion and mink by Danish Fur.

It is the price of the serious health threat that the majority of the 1,600 Danish mink factories have become. The bill is paid neither by the Chinese nor by the mink industry itself. It goes to the Danish taxpayers, despite the fact that it is not at all necessary to use antibiotics to produce fur.

Mink fur is one of the few export commodities, that Danish agriculture has had economic success with over the last decade. In 2012 alone mink producers exported for 11 billion DKK (1,5 billion Euro), but their business is found to be based on a galloping consumption of antibiotics.

The extra costs to treat the growing number of MRSA-infected citizens are not paid by the mink industry. Future citizens would bear the suffering caused by the lack of effective drugs. The Danish health care system will become overloaded. In the end, it’s the taxpayers who have to pay.

China is the customer

Mink industry is the Danish agricultureal ”wunderkind”. However, without the enormous growth rates in Chinese society the last few years, it would hardly be so rich a customer base.

In less than 10 years, the settlement prices for mink doubled and mink accounts for one third of the total Danish exports to China. On a global level the Danish mink factories dominates as the world leader with a market share of 30 percent.

The dark side of these impressive export efforts has been, however, a more than tripling of the consumption of antibiotics in just 10 years time. The expenditure increase has evolved, in spite of the factories producing roughly the same number of furs each year.

According to the Danish Fur Breeders Association, Kopenhagen Fur, ​​the Danish manufacturers made 14 million mink pelts in 2007. The number of skins was increased by only one million in 2012, but the average unit price rose from 240 kroner to 504 kroner in the same period. It followed an increase in export revenue from 4.2 billion DKK to almost 11 billion DKK.

The tripling of antibiotic consumption from 1,568 kg in 2003 to 5,448 kg in 2012, is not explained by increased production of leather or an increased number of breeding animals.

A 1999 study, “Influence of farm, feed-producer and season on incidence of gastrointestinal disorders in Danish farm mink” by Rattenborg E, Chriel M, Dietz HH (Prev Vet Med 1999 Feb 15;38(4):231-237) showed that bad quality mink fodder can cause 80 percent of cases of illnesses in mink when it comes to gastrointestinal problems.

Mink are fed primarily with offal from pigs, hens and chicken, fish waste and plant protein. The researchers behind the latest study from 2012 state that the use of antibiotics in large quantities in itself creates problems for mink breeding.

When overdosed with antibiotics both as injections and mixed in food and drinking water, it frequently causes favoritism of resistant bacteria in the total bacterial flora. The selection can result in reduced – or at worst – no effect of antibiotics when sick animals have to be treated.

The excessive use of antibiotics may prove completely useless or downright harmful from an economical point of view for the individual owners.

Flock medication is apparently widespread as prevention of diarrhea or pneumonia. All animals get medicine, whether showing symptoms of disease or not. Modern feeder waggons are equipped with a special technology in the form of an antibiotic pump or syringe that makes it very easy to treat many animals.

No effect
On the causes of the violent consumption the same researchers conclude:

”Many factors affect the use of medicines; financial break-even point between the price of medicine, the value of livestock and hassle of dealing with them can affect the decision to give medication or not. In mink production, the new generation of feed cars with automatic dosing equipment for medication also facilitated the use of antibiotics.”

Scientists are reluctant to try to explain the huge increase in Danish consumption, and quite surprisingly find that the growing use of antibiotics hardly has positive effect:

”The exact cause of the increase is not determined, but altered farm management and feeding strategy, larger farm units and increase in farm size may influence the increase. There are no indications that higher use of antimicrobials will result in lower morbidity or mortality of infectious diseases in production animals.”

Most surprising is the fact that mink can actually be produced easily in large numbers without the use of drugs at all. In a telephone interview of 9 October this year with one of the leading scientists in this field DVM, PhD, Mariann Chriél from the Veterinary Institute at the Technical University of Denmark (DTU), Chriél stated:

”One should not overlook the fact that a third of the 1,600 farms make it through a whole year without any use of antibiotics.”

MRSA out of control: Hazardous multidrug-resistant bacteria jumps from minks to humans