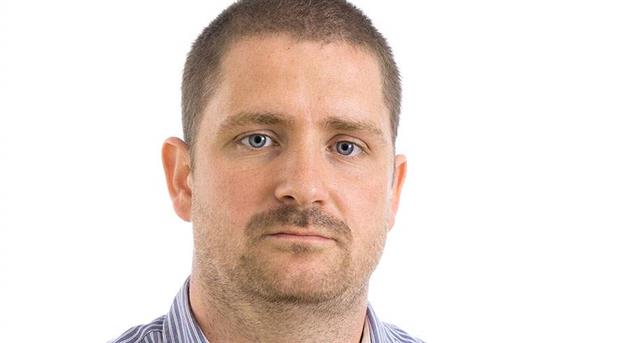 Kenneth Sørensen feels misinformed and misled by the national consultant on MRSA, while his employer thinks that she has some explaining to do. The consultant does not believe she has provided misinformation.

– I am embarrassed. I look down at the ground and try to hide my face. I do not shake hands. Doctors and nurses don’t do so when they know we have MRSA, says 33-year-old Kenneth Sørensen. (Photo: Michael Bo Rasmussen)

The 33-year-old manager Kenneth Sørensen believes the hospital system not has given him true knowledge about the resistant bacteria pig MRSA that has plagued his life over the past two and a half years. The victim of infection specifically points his criticism of Tinna Urth, who since July 1, 2014 had headed a new national advisory service on swine MRSA in Denmark.

As infection control nurse in North Jutland, Tinna Urth, has been closely involved in the treatment of Kenneth Sørensen. Thus she was in 2012 on a visit to Kenneth Sørensen’s place of work, after all staff and owners of the pig farm in Northern Jutland had been tested positive for MRSA.

During the meeting at the farm, she said – according to Kenneth Sørensen – that MRSA was harmless and that the bacterium was going to disappear again. She insisted there would be no problem, if employees had a good hygiene, changed clothes and washed hands.

– My family and I have had major problems with MRSA in the last two and a half years. Tinna Urth has misinformed us about MRSA, says Kenneth Sørensen, who also feels duped because Tinna Urth did not give him full information about his test.

Since the spring of 2012, he tested positive for MRSA in four out of four tests. Kenneth Sørensen says his test for MRSA shows that he is resistant to at least seven kinds of antibiotics.

Consultant: I have not misinformed about MRSA
National advisor on MRSA Tinna Urth informs Fagbladet/3F, a magazine for members of the union for unskilled workers, that she remembers visiting the farm, but cannot recall exactly what was said. She denies, however, that she said that MRSA is harmless.

– I’m really sorry that he feels misinformed. It was not my intention. I teach on the basis of guidelines on MRSA from the Health Protection Agency. They are always handed out at such meetings, says Tinna Urth.

Tinna Urth confirms that she did not inform Kenneth Sørensen about the different antibiotic classes to which his MRSA staphylococci are resistant. She explains that such information is usually not disclosed.

– It makes no sense to tell how many antibiotics MRSA bacteria are resistant to, unless it has practical significance in relation to the treatment to be used for the infection, she says.

At the same time she claims that Sørensen received a little personal card, which shows that his MRSA staph is methicillin-resistant.

Farmer: An explanation is required
Kenneth Sørensen’s employer says that after the meeting on his farm in 2012 he was completely reassured by Tinna Urths explanations about MRSA. The farmer was therefore shocked that Kenneth Sørensen is resistant to seven kinds of antibiotics.

– If Kenneth Sørensen is resistant to seven classes, she has a huge problem. Tinna Urth has something she must explain, says the farmer, who wishes to remain anonymous.

Tinna Urth responded to this criticism:

– There’s a whole lot of technical knowledge that we do not provide information about at such a meeting, where there is limited time. We concentrate on what is most important.

– I did not think that I painted a rosy picture of MRSA, and I’m sorry if it seems I did so, she says.

Read also: Infected with MRSA: I feel like a leper

This story has been published at Fagbladet/3F 8th of August and has been reprinted here with permission of the author, Morten Halsskov.