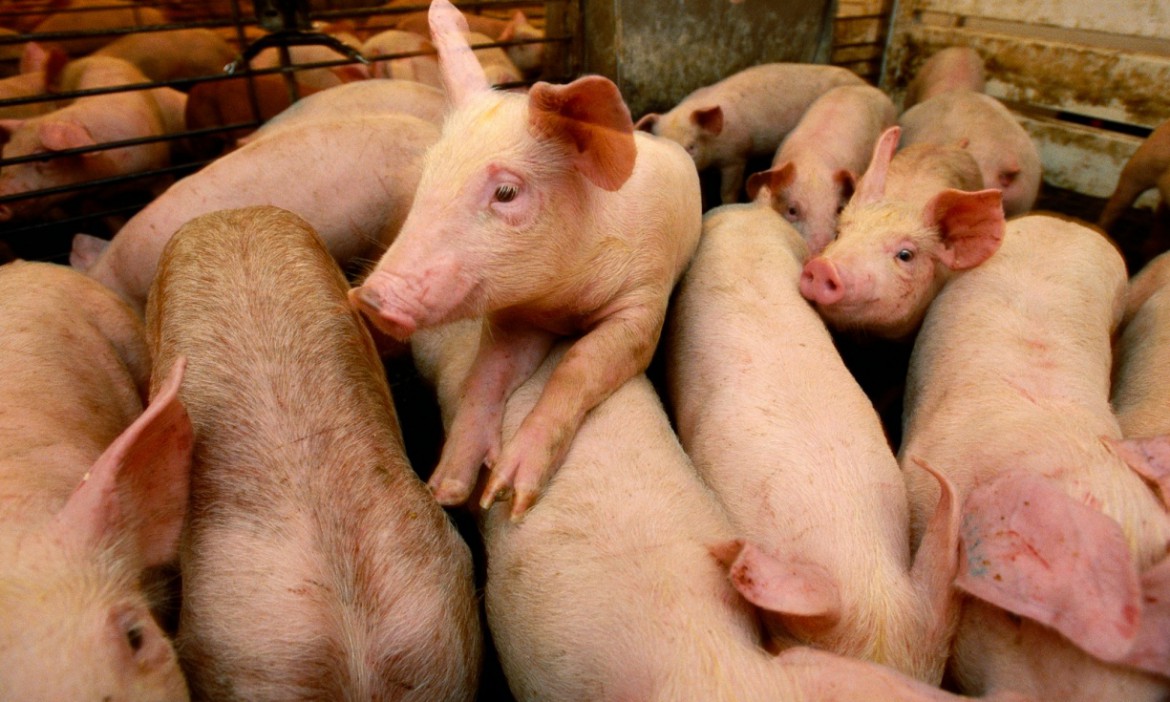 Use of antibiotics in intensive farming has risen as pigs and other livestock are kept in ever more crowded conditions.

The threat of MRSA in hospitals has generated an urgent response, but an MRSA variant is spreading from farm livestock to supermarket meat unchecked. 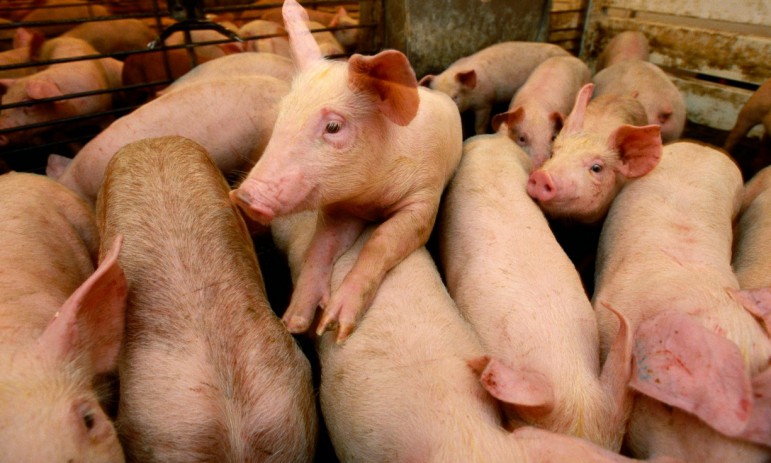 Use of antibiotics in intensive farming has risen as pigs and other livestock are kept in ever more crowded conditions.

MRSA is best known in the UK for causing hospital-acquired infections – and many deaths. There has been little human to human transmission of the superbug in the community, but it is particularly dangerous in hospitals because it can colonise wounds easily, especially where patients’ immunity is low.

It has been associated with poor hygiene in hospitals, but the main factor behind the spread of MRSA has been the over-prescription of antibiotics, which has allowed a rather mundane germ that lives on many of our bodies without causing any problems to become far more dangerous to human health.

CC398, a new variant of MRSA, emerged in animals and is found in intensively farmed animals (primarily pigs, but also cows and chickens), from where it can be transmitted to humans.

While government attempts to limit MRSA infections in hospitals have met with some success, there has been little comparable effort in combating MRSA infections among livestock.

The Guardian’s investigation is the first to test raw pork meat on sale in UK supermarkets for the CC398 strain on a national level. While the risk of people becoming contaminated with the superbug from proper handling of raw meat is low, previous infections – such as salmonella in eggs, and campylobacter in chicken – have become established through the neglect of hygiene in intensive farming facilities.

The UK’s chief medical officer, Dame Sally Davies, has stated that antibiotic resistance is a “ticking time bomb” and thegovernment has demanded tough targets for a reduction in antibiotic prescriptions by doctors, and pledged to lead efforts to develop new drugs to combat the problem.

However, almost half of all antibiotics used in the UK are administered to farm animals. In the UK, antibiotics can only be legally supplied to farms with a prescription from a vet to treat, and in some cases prevent, illness, but there are several problems with the way animal antibiotics are regulated.

Animal antibiotics can be purchased on the internet by anyone
The European Surveillance of Veterinary Antimicrobial Consumption collects information based on sales of antibiotics, but not the administering practices on individual farms. Antibiotics are often administered as medicated feedstuffs or on farms authorised by the UK Veterinary Medicines Directorate, an executive agency of the Department for Environment, Food & Rural Affairs, meaning the drugs can be disseminated widely rather than only to sick animals.

Public health and veterinary authorities do not have records of the doses of specific antibioticsgiven to livestock on farms. Additionally, the Guardian investigation found that animal antibiotics can be purchased on the internet by anyone – no prescription needed. Furthermore, vets who prescribe antibiotics get paid for the prescription, leading to an inherent conflict of interest.

There is evidence that links certain antibiotic-resistant bacteria in human infections to drug use on farms, particularly in food poisoning illnesses including campylobacter, salmonella and E coli, as well as MRSA infections.

Public health experts around the world, including the WHO and the European Food Safety Authority, recognise that these increasingly resistant bacteria are being transmitted from farm animals to people through the food chain.

Farming bodies maintain that the drugs are necessary to ensure animal health and wellbeing and are vigorously opposing attempts to curtail their use. They say antibiotics are administered responsibly and only where needed. Campaigners are now calling for stringent measures to restrict their use within farming.

This story is republished from Guardian with permission. See original story.