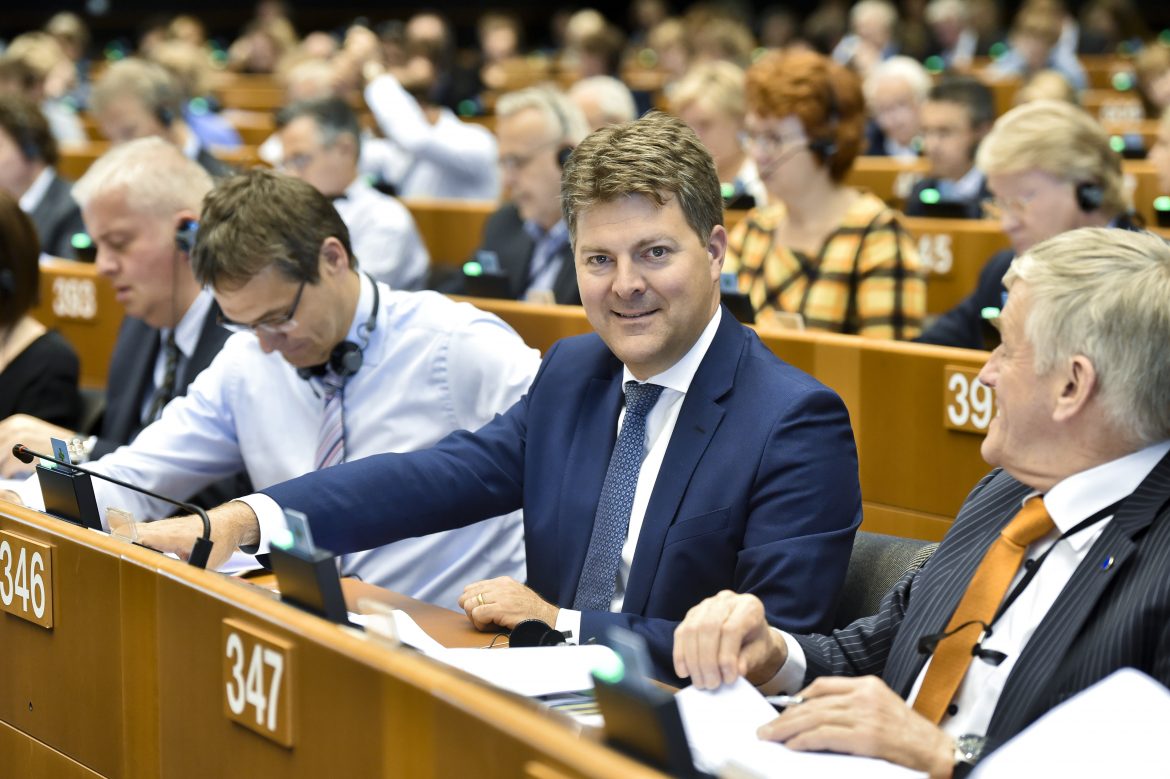 Each member of the European Parliament gets 4 342 euros every month, mainly to fund an office in their own country. But offices for 249 MEPs do not exist or seem nowhere to be found. So far 133 out of the 748 current parliamentarians told what they pay in office rent, an investigation shows. 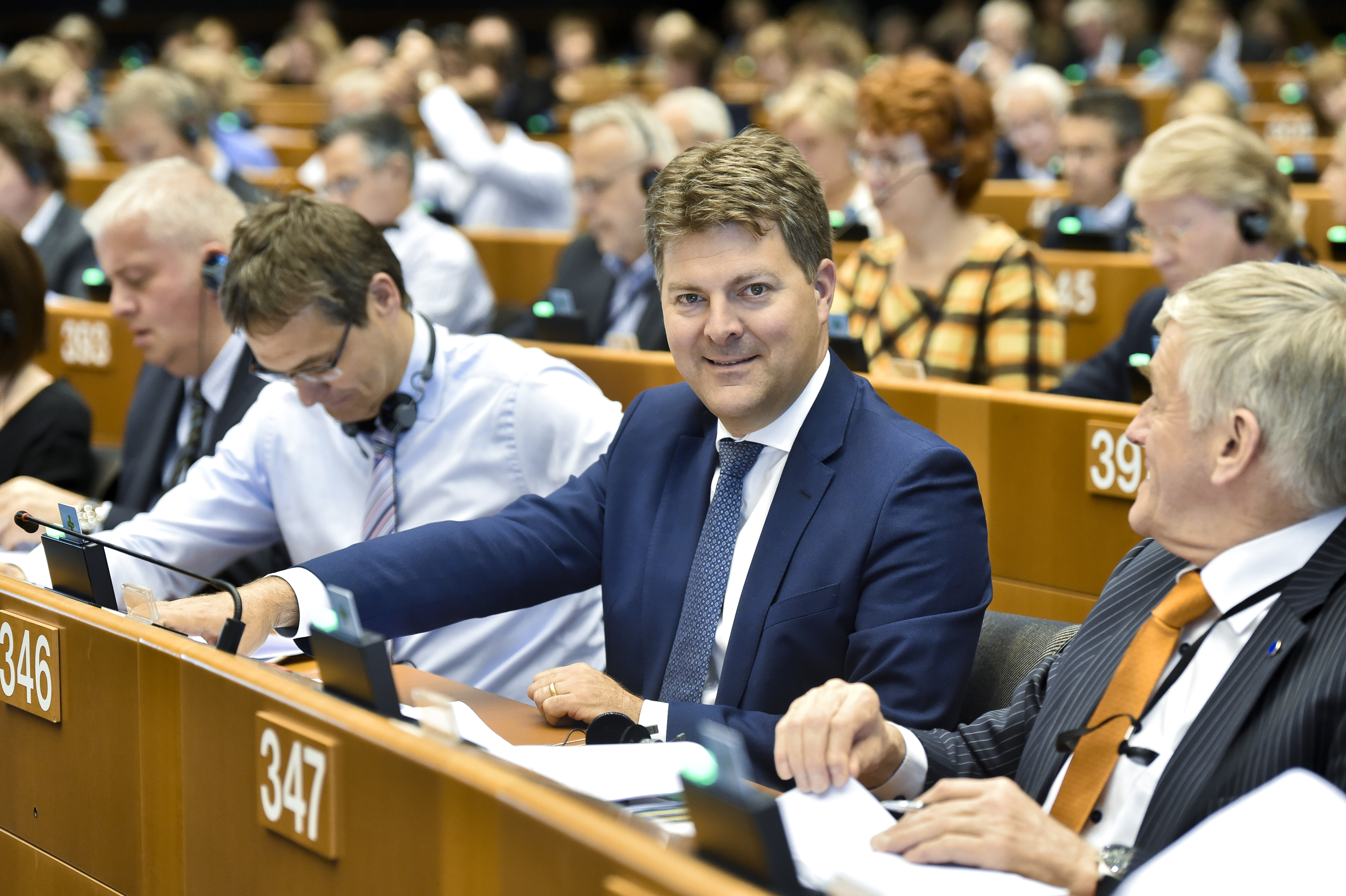 Each MEP receives a so-called General Expenditure Allowance (GEA), costing the EU around €40 million annually. It is intended to provide for national offices, but following research by journalists at ‘The MEPs Project,’ it seems the funds are potentially being misused.

A series of investigations across the 28 member states found at least 41 cases where MEPs pay rent to national political parties or even to their own personal accounts.

In 249 cases, MEPs either said they have no offices, refused to reveal their addresses, or the location of the offices could not otherwise be tracked.

As the EU parliament does not audit the use of these expense payments, there is no documentation available for how the funding is used. And, according to the research, neither the existence of MEPs’ national offices, nor certain conditions of their funding are monitored by the parliament.

In this unprecedented EU-wide collaborative effort, our journalists in every member state looked into the way in which the 748 current MEPs (three seats are vacant) make use of the general expenses payments received from the parliament.

Our reporters requested information from all current 748 MEPs and analysed documents from the parliament, land registries and other sources.

So far, just 134 answered what they pay in office rent, while only 53 said that they were willing to share documents on their public spending.

MEPs receive a monthly pay of €8,484, a generous budget of up to €24,164 for office staff, and a daily subsistence allowance for personal expenses during sessions of €307 per day, the latter one tax-free. On top of all that, the parliament pays each MEP a lump sum of €4,342 per month – again, tax-free.

The latter amount is the so-called General Expenditure Allowance (GEA), which is intended to cover the cost of national offices that, among other things, facilitate contact with EU citizens.

According to the investigation, the parliamentarians themselves have a rather varied understanding of how the GEA may be used.

Many of them claimed to use the whole sum every month on office equipment, internet subscriptions and other work-related costs. Some also included travel expenses for visitors, charity donations and payments to their national party as a “general expenditure”.

Questions also arise with respect to the beneficiaries of the rent payments for the national offices. According to our research, in Germany alone eight MEPs from different political parties are themselves the owners of the buildings where their national offices are located.

Among them is Manfred Weber, the chairman of the centre-right EPP group, the biggest group in the EU parliament.

His local office sits in an annex to his private home in a small village in the Bavarian country side, far away from the more populated areas of his region. Weber left questions on this issue unanswered.

Frequently, MEPs seem to be sub-renting offices from their own local political party branches. Some 38 MEPs confirmed rent payments to a local or national party branch. Others did not answer questions on that, whereas some insisted there is a proper separation and that no subsidies were given to the party.

Some MEPs also transfer all of their GEA payments to their national party.

However, in a considerable number of cases, it seems to be unclear what use the MEPs make of their expense payments. And it is equally uncertain as to whether they are actually used for their intended purpose.

The investigation revealed that MEPs – in member states from Belgium to Bulgaria, Italy, Germany, the Netherlands and Spain – do not seem to maintain any national office at all.

A number of MEPs refused to tell where their office is situated. Neither the EU parliament nor its national offices in at least three countries were able to provide any information about where these offices are located, whereas, in one, all the addresses provided were not up-to-date.

This seems to contradict the long-held claim of the EU parliament – that MEPs should attempt to bridge the gap between Brussels and EU citizens.

In the parliament’s calendar for 2017, nine weeks are set aside for external parliamentary activities, meaning political work outside Brussels and Strasbourg. Four weeks a year “MEPs concentrate exclusively on constituency work”, says the parliament on its website.

Our journalists were unable to independently verify that all MEPs actually held at least one national office where they can “concentrate exclusively on constituency work”.

Some 19 MEPs said that they do office work from their private homes.

In several member states, MEPs refused to reply to the inquiries, even though our journalists had sent repeated emails, followed up by phone calls.

The worst case of MEPs unwilling to answer questions about their public spending was found in Poland, where all 51 MEPs failed to reply to our journalists’ questions.

According to the EU parliament, MEPs may rent space for their national offices from themselves or from their political party – as long as certain conditions are fulfilled. These conditions are not part of internal rules or regulations, but seem to be mere informal guidelines, and their fulfilment is not monitored in any way.

Under the rules in place, the MEPs may not use the money to finance their national party or for any private purposes. Rather, the allowance is only “intended to cover expenses directly linked to the exercise of a Member’s [MEP’s] parliamentary mandate”.

On paper, there are also guidelines for the use of national offices, which are financed with the parliament’s money: “The premises must be used solely for the parliamentary activities of the Member [MEP].”

“Renting an office is one of the expenditures covered by the General Expenditure Allowance. This is a lump sum that – as a principle – is not controlled by the European Parliament,” EU parliament spokesperson Marjory Van Den Broeke explained.

“An MEP may indeed rent an office from a national political party, provided certain conditions are respected and the rent is at market price, in order to prevent an indirect financing of the national party”, she said.

“Moreover, the office should be used solely for the exercise of the European mandate. As such, the office should be separate from other offices and clearly marked as one for European Parliament work. It can also not be used by other people or for other purposes. Those are all the conditions that have to be respected,” she added.

However, the parliament has no way of knowing if and how these conditions are being respected, Van Den Broeke admitted: “The fact that it’s a lump sum means that MEPs do not need to hand in any invoices or other bills. This also means that the European Parliament administration does not have any information on any offices used by MEPs.”

There are no controls in place to ensure that MEPs return expense payments, which remain unused for parliamentary work.

Only a small number of MEPs return funds to the parliament’s administration due to them remaining unused. To illustrate, according to the parliament, since 2010 as few as five to 20 MEPs have reimbursed the institution for a total amount of €100,000 to €600,000 – depending on the year.

For many years, critics have pointed to the fact that there are no controls in place to verify whether the payments are being abused or not.

Only in April, the parliament voted down amendments asking for more transparency and at least random checks on the use of the GEA.

Wouter Wolfs – a researcher in European politics at Leuven University with a special interest in political financing – is critical of the handling of these expense payments.

“In general it is problematic because there is no transparency for the public,” he said, adding that: “It would not be a problem, if we were sure that there was rigorous internal control in the parliament. But as we know that is not the case, either.”

In a time with low public trust in politics and the EU institutions in particular, “this is very damaging for the image of the European Parliament and of the politicians,” Wolfs said. ”So, in that perspective, it will be good to go for full transparency to make sure that everything is following the rules.”

When asked how the lack of control of the GEA can be seen in view of usual auditing demands for public bodies and private enterprises, Wolfs said: “Considering the fact that the expenditure from the EU budget is subjected to strict controls and audits, it is remarkable that the MEPs do not uphold the same standards for their own finances.”

“Of course all controls must be proportionate, but if you consider that it is an annual amount of €40 million and there is reason for suspicion since we have seen misuse in the past, a stricter audit of the GEA is justified,” Wolfs added.

Nick Aiossa, EU policy officer at Transparency International, commented our findings: “I could never imagine MEPs giving out 40 million a year to member states for cohesion policy, without one receipt. There is a level of hypocrisy on the financial management score that we find is quite astounding.”

“We talk about the rise of the eurosceptic nationalist forces, the narrative that has been put around Europe on this. And yet here we see such small but symbolic problem with the parliament that can be fixed, literally, almost immediately,” said Aiossa.

“Frankly, they are doing a disservice to themselves, particularly in the run up to the 2019 elections, and some of the national elections. I think that the sooner they fix this, the better they’ll be,” he argued.

The Green/EFA group in the EU parliament recently adopted a declaration, according to which members of the group have to commit themselves to stricter rules on the use of the GEA from July 2017 onward.

“After the end of each mandate, Greens/EFA MEPs should return any unspent GEA funds to the European Parliament accounts”, the text says.

MEPs in the Green group will be obliged in the future to keep all of their receipts until the end of the mandate and publish overviews of the headline expenditure by category, or at least have them available upon request.

The investigation into MEPs’ national offices was conducted over several months by a group of 48 journalists, representing all 28 EU member states, with financial support from Journalismfund.eu.

In 2015, the group formally asked the European Parliament for access to documents, showing how MEPs conduct their public spending. The requests were denied. The journalist then brought the case to the European Court of Justice, where it is still pending.

Background information on the legal case and more about the journalists’ initiative – including names of the participants – can be found here.