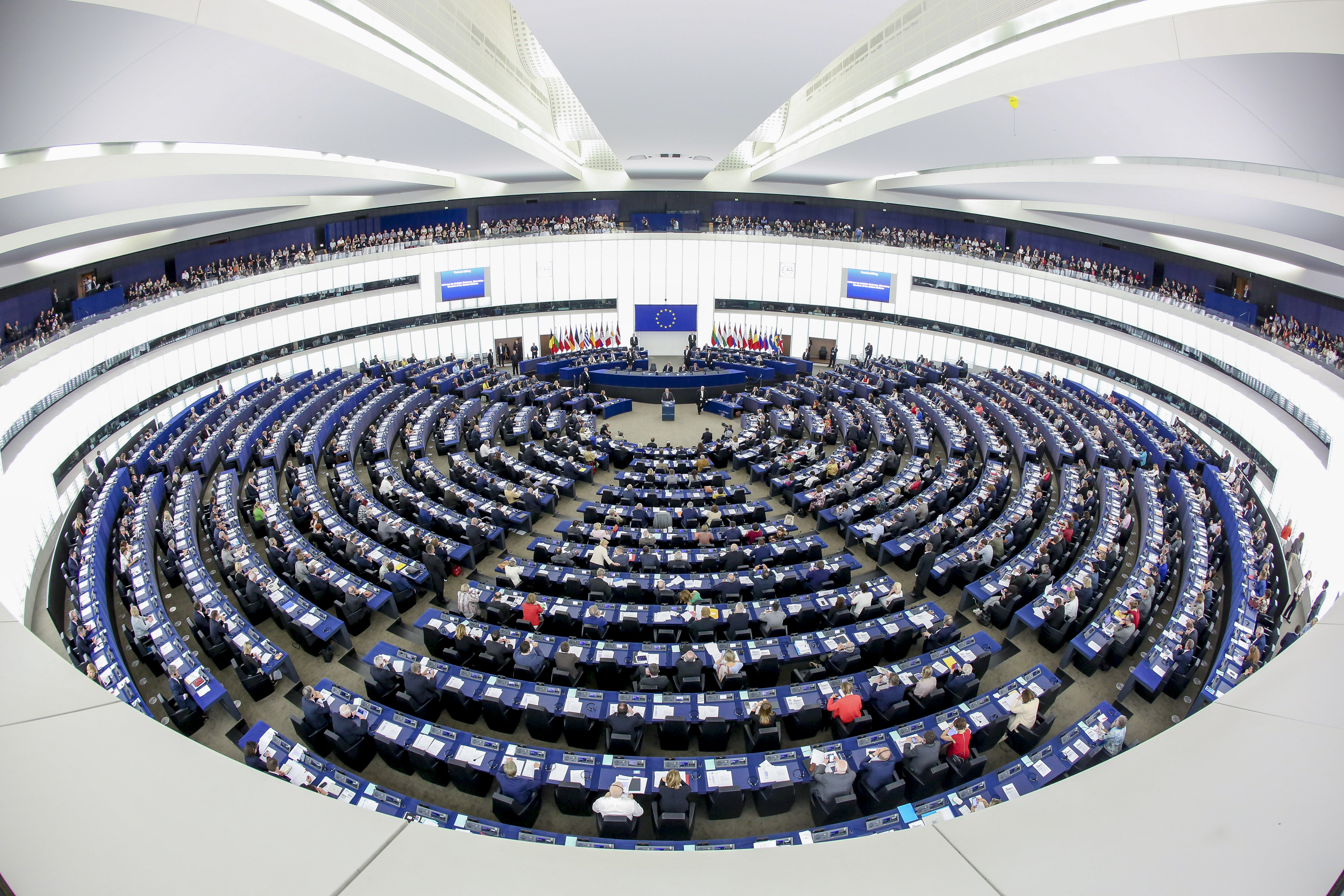 In a coordinated effort journalists from all member states had unearthed cases where MEPs used taxpayers’ money to pay rent to themselves or to their political party. They reported how MEPs from member states as different as the Netherlands or Bulgaria flatly denied disclosing what they spend in expenses.

These reports put the EU institutions under pressure. The EU anti-fraud office OLAF immediately announced it would look into cases where MEPs pay rent to themselves. Olaf Director General Giovanni Kessler even spoke of “structural problems” with the MEPs’ expenses.

Among the cases reported last week by the journalists of The MEP Project was the Belgian MEP Gerolf Annemans who pays 3700 euros every month in rent for two offices in Brussels. But when the magazine “Knack” asked him for the addresses he did not want to disclose them “due to security reasons”.

The Lithuanian MEP Viktor Uspaskich disclosed an address — his former party’s headquarters. When journalists went there, they were told by the party’s administration that Uspaskich had no office there.

The Finnish MEP Hannu Takkula rents an office in his home region Oulu. The office is owned by his own assistent to whom Takkula pays rent.

The Bulgarian politician Maryia Gabriel is her country’s nominee for the EU Commission, and she is currently an MEP for the centre-right GERB party, which belongs to the EPP group. According to research by Bivol, she benefited from a 120 square-meter flat owned by the municipality of Sofia, which is controlled by her party. Her rent was 200 euros compared to a market value of 700 euros. She claimed she had simply looked for a place to store files, and did not answer the question of whether she paid the rent with GEA funds. 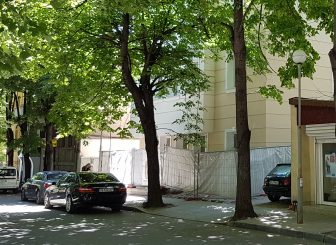 This is where Bulgarian MEP Nikolay Barekov’s office is supposed to be located. The owner of the building said an empty office was there in 2014 when he took over.

The Finnish MEP Hannu Takkula told broadcaster YLE that he had tried to return about 800 euros to the Parliament in 2015. But the administration had replied to him that he did not need to pay that money back, he said.

A spokesperson for the Parliament assured that MEPs easily could transfer money back to the Parliament’s account. But until now MEPs hardly felt the need to do so, as there were no controls in place.

Political parties on the pay roll

In principle MEPs are required not to use the Parliament’s money to subsidize their political parties. Nonetheless 38 MEPs admitted that they pay rent to their parties. Some added that the rent is at market price and therefore does not constitute illegal party financing.

Others seemingly care less. „We just hand over the 4,000 euros to the party and they manage the money”, a representative from the left-leaning Spanish party Izquierda Unida told the newspaper El Confidencial.

The investigation also showed that eight MEPs from Germany, among them EPP party group chairman Manfred Weber, have their offices in houses that they themselves own. Two MEPs even confirmed rent payments to themselves, either at or below market level.

True to the satirical character of his party German MEP Martin Sonneborn gave a provocative answer after Stern magazine asked him about his expenses. On his Facebook page he posted what he called „proof“ of his spending: „Just for fun we have ordered 1000 completely unnecessary t-shirts which we want to offer to citizens.“

German MEP Fabio De Masi claimed that nothing remained unused of his 4342 euros in GEA payments every month. At the same time he admitted that the overall payments from the Parliament – including the 307 Euro subsistence allowance for every day in Brussels or Strasbourg – is extremely generous. According to his own account he is able to save about 3000 euros per month for himself. And he says on his website that he uses his income “to donate every month about 2300 euros” to his party and different foundations.

Dead promises come back to life

After these reports came out there the leaders of the European Parliament could not deny that they have a problem. “I think we have to change the situation”, President Tajani admitted. During a live chat on the Facebook page of the Parliament, Tajani also repeated what he had told the Italian newspaper Il Fatto Quotidiano: At the next meeting of the Parliament’s Bureau on June 12, he intends to assign a working group to prepare a more precise list of expenses that may be covered by the GEA, and to complete and finalize a draft reform ”as soon as possible”.

Unfortunately some of these promises are more than 13 months old. Already on 28 April 2016, the plenary of the European Parliament asked for the establishment of „full transparency“ for the GEA payments. The MEPs also urged the EP „to revise the list of expenses which may be defrayed from the GEA“ – the very announcement President Tajani just repeated.

To Transparency International, the anti corruption NGO, the revelations last week underlined „the urgent need for the European Parliament“ to finally decide on a reform of the system of the General Expenditure Allowance (GEA). The findings of the journalists showed how the current system failed, Nick Aiossa of Transparency International said: “This is what happens when MEPs can collectively spend € 40 million of taxpayers’ money every year without having to produce a single receipt.”

As late as 27 April this year a majority of MEPs voted against concrete steps towards more transparency. MEPs from the Greens/EFA and the GUE/NGL group had tabled amendments, proposing that MEPs be obliged to handle their GEA funds in a separate bank account, keep all receipts and return unspent amounts. They asked also for sample audits of five percent of the expenditure and publication of the results.

All these amendments were rejected by the Parliament. The data visualisation and MEPs’ office search facility published today by The MEPs Project shows how individual MEPs voted. To what extent they followed their party group can be found on the portal Vote Watch, where The MEPs Project acquired the voting record of 27 April.

President Antonio Tajani was present at the European Parliament on that day. Alas, he did not vote.

A quick and easy solution

The revelations pose the question of why the GEA, with its annual budget of nearly 40 million euros, is not audited like most other expenditures in public bodies or private enterprises – and not for the first time.

In a Bureau meeting in December 2016, the Austrian Green MEP Ulrike Lunacek reminded her colleagues of growing demands for transparency. But then-President Martin Schulz and two other leading German MEPs argued against more controls, because it would „require an important increase in human and administrative resources“ for the Parliament. The Parliament’s Secretary General has said that 45 to 75 new staff members would be needed, a statement that was repeated by new President Antonio Tajani in a press release.

It is not clear, however, what this figure is based on. A spokesperson of the EP mentioned an “estimate” of the number of bills and receipts any MEP would produce.

Transparency International has proposed a quick and easy way of financing audits:
”The Bureau of the Parliament could decide to earmark a percentage of a MEP’s secretarial or GEA existing allowances for carrying out an external professional audit. There already is precedent for the Bureau earmarking allowances, and it is a decision that could be made as soon as their next meeting. It should be an interim measure only, establishing best practices, until the Parliament installs proper financial control mechanisms.”

Spanish conservatives and the UK

MEPs from some countries don’t want to wait to hear what the leaders of the European Parliament decide.

In Spain the Partido Poplar, which belongs to the conservative EPP group in the European Parliament, promised that in the future they will keep track of all GEA expenses and present individual accounting entries to the EP administration. The Partido Poplar’s MEPs, however, were very reluctant to disclose any of their spending when journalists of El Confidencial asked them as part The MEPs project.

The UK’s MEPs practice a higher degree of openness after an expenses scandal hit the national Parliament in Westminster in 2009. MEPs from the ranks of Labour and the Conservative party have their GEA expenses audited regularly and publish details of their spending. Green MEPs Jean Lambert and Keith Taylor, who share a constituency office, go further: they already publish the invoices linked to their spending of GEA on their websites.

Europaportalen.se, a Swedish website on EU-issues has taken the initiative to find out how the Swedish MEPs actually spend their GEA. Other watchdogs will certainly follow.

The investigation into MEPs’ national offices was conducted over several months by a group of 48 journalists, representing all 28 EU member states, with financial support from Journalismfund.eu.

In 2015, the group formally asked the European Parliament for access to documents, showing how MEPs conduct their public spending. The requests were denied. The journalist then brought the case to the European Court of Justice, where it is still pending.

Background information on the legal case and more about the journalists’ initiative – including names of the participants – can be found here.

In an earlier version of this article we mentioned the office address of Austrian MEP Paul Rübig where only a factory was found, and no MEP’s office. Mr Rübig has since replied to our questions. We found that he disclosed the wrong office address as he does seem to run an office, but in another house on the same street.